Introducing a new man in my life.

I am smitten, I really am.


Last month when Ben didn’t give me an anniversary present, he said that I could get anything I wanted but had to stick to a price limit. That was Friday night, while relaxing on Saturday morning I googled “cocker spaniel puppy Melbourne” I found a beautiful boy, he was 10 months, very playful and not desexed. I have always wanted a young dog but not a puppy so 10 months old worked for me.


I quickly rang Ben who was aghast to say the least and really didn’t want a second dog but conceded that he did say I could get anything  so if I did like him, then I could get him; I had already rung the owner by that stage. Once she rang back and we had a good old chat. I then arrange to visit that very day, as there were people coming on sunday. My mum and I drove about 1 hour and 40 minutes to have a look at Jack.
It was love at first jump, he is so beautiful, although he was so much more taken with my mum than me. The current owners are going live in china for a year and Jack (I gathered) was a lot of work for them. We took Jack home with us about half an hour later. I really don’t like the name Jack for a dog so we renamed him to Basil. On the way home I found out that I had a great uncle whose name was Basil Bugg. Does anyone else think that was cruel?
He is turning 1 on the 5/5; he is a very happy addition to our family, now that we have all had a chance to get use to the new arrangement. He requires a lot of work, walking him at least once a day; we now unfortunately have to keep both basil and caramel (our jack x foxy) inside due to the walking track next to our house due to complaints of barking, he is now going to obedience school which is helping to calm him down as he is so happy and excitable. Ben and I both think that having two dogs is enough due to how much work there is. I haven’t been sewing for a while due to spending time with Carmel and Basil, I enjoy having them both around and their antics. 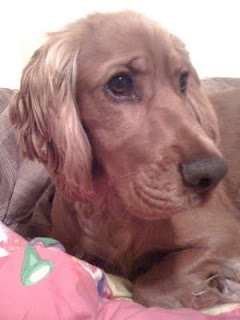 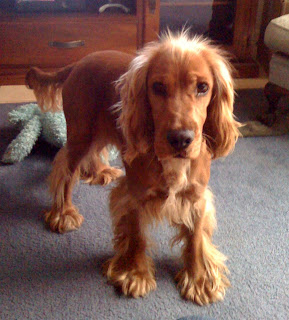 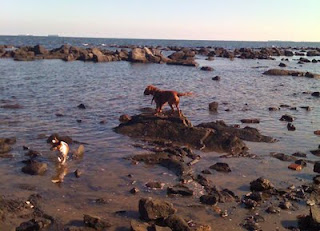 Look out for more post and photos about them.